The TERRA School promotes and builds capacity for transdisciplinary research, where researchers and societal stakeholders work together to address challenges facing humanity in Asia. It is aimed at creating awareness of what transdisciplinarity (TD) can offer and the challenges involved in its implementation. The TERRA School is organized by the Future Earth Asia Regional Center in collaboration with its host institute, the Research Institute for Humanities and Nature (RIHN) since 2019.

Due to the limitations brought about by COVID-19, the training was conducted completely online with six 2.5-hour live sessions and asynchronous activities. 17 early-career researchers and practitioners from 8 countries in Asia (Malaysia, Taiwan, Philippines, Korea, Indonesia, Mongolia, Thailand, and Japan) participated in the course this year.

The course was a combination of content shared via a learning platform (through self-paced sessions), webinars and live online workshops. The sessions featured lectures, workshops and interactive sessions on theories and practice of transdisciplinary research. It included structured learning on tools and methodologies used in TD (e.g. problem framing, stakeholder mapping, analysis and visioning) and introduction to the various transdisciplinary research conducted at the Research Institute for Humanities and Nature (RIHN).

Highlights of the course:

The course drew from the experiences of various transdisciplinary research conducted at RIHN. Participants were able to learn in detail how the TD approach was practiced in actual research projects, what difficulties were encountered and how they were dealt with, as well as the expected outcomes of the TD researches, using the projects of the RIHN as examples. This year the course featured the following projects: Peatland, Sanitation, FEAST and Co-creation Core Project.

TERRA School made effective use of various online platforms and despite the virtual nature of the course, TERRA School was able to recreate a collaborative and interactive learning environment.   Participants in small groups were able to draw rich pictures together in real-time, worked on various analyses on virtual whiteboards (instead of flipcharts and paper post-its) and engaged in lively discussions.  Participants went through groupwork exercises in developing TD project concepts and were able to present these at the end of the course. 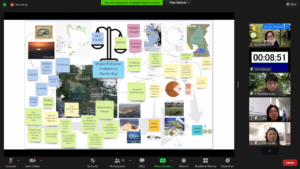 In lieu of an actual field visit and an opportunity to experience a TD project on the ground, an interaction space was created by inviting local stakeholders for an open discussion with participants via Zoom.  Local partners of the FEAST project from Kyoto, Nagano and Kameoka provided an opportunity to interact directly with stakeholders.

Networking among early-career researchers in Asia 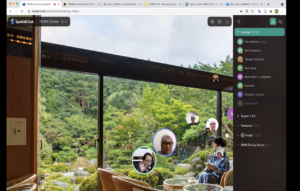 The Future Earth Asia Regional Center will continue to contribute to capacity building for TD research in Asia, taking advantage of RIHN’s rich and diverse track record of interdisciplinary and transdisciplinary research aimed at solving social and environmental issues. 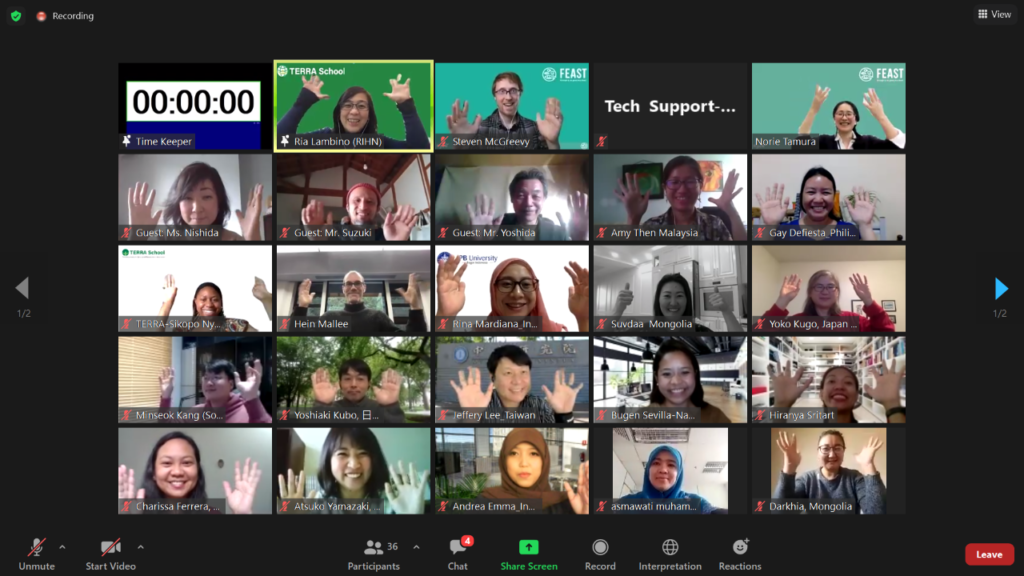 What is essential for knowledge co-creation to bring about real-world change?